COVID-19 cases have passed the 18 million mark worldwide and there are still many things that are still unknown about the spread of the viral infection. Because it is a new coronavirus, scientists are still trying to figure out why the infection affects people differently. While many tend to suffer from a milder form of infection, some belonging to higher risk categories carry a more serious risk, while others tend to be asymptomatic. However, the same strain of the virus can leave a lasting impact on people, even after they have recovered.

While we are still fighting the increase and could adapt and learn to live with the virus, a recent study by King’s College, London found that despite the fact that there is only one virus that is wreaking havoc on the world.In addition, there are six types different from infections observed in people.

By taking samples of different types of symptoms observed in week 1 of infection in people, scientists say that the onset of symptoms could help determine the real probability that COVID-19 will become dangerous and that a patient will be hospitalized.

A study was conducted among 1600 patients in the United Kingdom and the United States, who registered symptoms of COVID-19 between the months of March and April. Since most patients tend to visit a hospital much later, they were asked to disclose details of the symptoms they suffered in the first 8-10 days of infection.

Based on sampling, three groups were found to be in the mild category, while three were in the most severe category and were more likely to affect the elderly or with pre-existing medical conditions.

In order of severity, six major groups of identifiable infections were identified. The symptoms highlighted in bold were the most defining and peculiar of a particular group:

Named the mildest form of infection, the first group suffered symptoms due to problems in the upper respiratory tract, caused by an increased viral load. People who suffered from this form of infection reported symptoms such as a cold, sore throat, stuffy nose, chest pain, muscle pain, loss of smell, and headache. Fever was absent in its infection phase.

2. Flu-like infection with the presence of fever

Slightly more cumbersome than the first group, patients in this category testified to symptoms of a mild flu-like infection, as well as the presence of persistent fever and loss of appetite. Hoarseness in the voice, which is characteristic of a dry cough or “COVID” cough was also observed in this group.

Patients belonging to this group suffered symptoms that affected their digestion and gastrointestinal function. Although cough was not a prominent symptom in this group, nausea, loss of appetite, vomiting, and diarrhea were observed much more frequently. Headache and chest pain were also observed.

Symptoms observed in this group of infection related to loss of energy, exhaustion caused by immunity slow down. Considered a warning sign for severe COVID-19, patients in this category reported symptoms such as fatigue, headache, loss of smell and taste, sore throat, fever, and chest pain.

More severe than level 1, the type of symptoms in this group affected nervous functioning and is considered to be the beginning of the lasting impact COVID could have on the brain. Headache, loss of smell, loss of appetite, cough, fever, hoarseness, confusion, sore throat, chest pain, fatigue, confusion, muscle pain were commonly observed in this category.

This is the most alarming and serious type of symptoms that occurs in people in the first weeks. When experiencing symptoms such as confusion, sore throat, chronic fever, loss of appetite, headache, diarrhea, shortness of breath, muscle and abdominal pain, people in this group were much more likely to be hospitalized, requiring ventilation, and oxygen.

What do we know so far?

The symptoms described in the six groups can give us many inferences about how COVID-19 impacts different groups of people and provides an observation of the type of symptoms expected. Of all patients, headaches were persistent in all groups, which disappeared after 3-4 days except for the last two similar groups.

The sense of smell was something that kicked patients only after the fourth day after infection. The analysis suggests that the difference in infection severity could only be observed after 4-5 days of infection.

While patients in the mild or moderate group are unlikely to register a symptom such as fatigue in the first week, for patients in the severe or high risk category, some of the critical symptoms were observed at the beginning of day 1. Some of these symptoms include dyspnea, fatigue, and abdominal pain.

Identifying groups could possibly avoid the second wave, save lives

The King’s College study has not yet been peer-reviewed or published. However, identifying groups can make people realize how crucial monitoring symptoms are and provide priority care to those who may need it more than others and manage the right tools to avoid a second wave in some countries.

Specific parameters and symptoms could also go a long way and help doctors determine who is most at risk, make timely treatment decisions, and save lives. Dr. Carole Sudre, principal investigator of the study, said in a statement:

“Our study illustrates the importance of monitoring symptoms over time to make our predictions of individual risk and results more sophisticated and accurate. This approach is helping us understand the developing history of this disease in each patient so that they can get the best care. “

11 Best Foods to Boost Your Brain and Memory 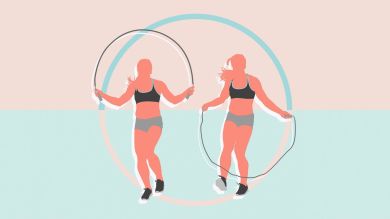