Formula One was to begin its 70th season on Sunday with the Australian Grand Prix, but the race was canceled on Friday after McLaren withdrew when a team member tested positive for the coronavirus.

The decision to cancel was announced two hours before the start of the first practice session at Albert Park, Melbourne, with thousands of fans waiting to enter.

Mercedes, the defending world champion team, said it had sent a letter to the Fédération Internationale de l’Automobile, the sport’s governing body, and Formula One requesting a cancellation. In a statement, it said that “we no longer feel the safety of our employees can be guaranteed to take part in the event.”

The virus has already affected the next three races. The Bahrain Grand Prix on March 22, Vietnam’s first grand prix on April 5 and the Chinese race on April 19 have been postponed.

“Postponing both the Bahrain and Vietnam Grands Prix, as with the Australian Grand Prix, was the only possible decision given all of the information currently available to us,” Jean Todt, the president of the F.I.A., said.

Finding dates for any postponed race will be difficult. Chase Carey, the chief executive of the Formula One group, said that trying to find a new date for China was “not easy.”

Formula One did not say if any other races would be affected.

The virus is just one issue that has cast a shadow over Ferrari’s preparations for the year.

On the final day of the first of two three-day preseason tests at the Circuit de Barcelona-Catalunya in Spain in February, Mattia Binotto, Ferrari’s team principal, said he was “not as optimistic as last year.” He said Mercedes and Red Bull “are faster than us at the moment.”

A week later, on the final day of the second test, after trying to improve the car, he said his team was still “not happy with the performance.”

The reason is that Ferrari has made a compromise with its power unit. Across 2019, the straight-line speed of its cars was better than its rivals. But the system had reliability issues and was not as strong in cornering.

The trade-off for this season is improvements in the areas in which it was previously weak, but now the cars are not as powerful in the straights.

“I think in terms of overall performance on the power and the engine, we are not as strong as we were last year,” Binotto said. “We need to improve the base performance of the car, which is power, drag and downforce.”

Teams are not allowed to boost power by increasing the volume of fuel through the engine.

Ferrari did not have a further pole or win after the F.I.A. directive.

On the final day of preseason testing, the F.I.A. issued a statement saying that “after thorough technical investigations” of Ferrari’s 2019 power unit, it had “reached a settlement with the team. ” The specifics of that agreement were not announced.

The federation added that Ferrari had “agreed to a number of technical commitments that will improve the monitoring of all Formula One power units for the upcoming championship seasons.”

McLaren, Mercedes, Red Bull, Renault, Racing Point, AlphaTauri and Williams issued a joint statement, saying they were “surprised and shocked” by the confidentiality of the settlement.

They are seeking “full and proper disclosure in this matter, to ensure that our sport treats all competitors fairly and equally.”

Binotto has said his team “will work hard to improve and to be in a position to win races as soon as possible.”

Mercedes will be aided by a new device it unveiled in preseason, the dual-axis steering, or D.A.S.

On the second day of tests, video showed Lewis Hamilton, the six-time champion, pulling the steering column towards him at the start of the straight and pushing it back in as he exited.

The effect changes the toe angle, or tracking, of the front wheels. That increases traction on the straight, which improves speed.

Hamilton is hopeful that “it will make a huge difference.” Toto Wolff, the team’s motorsport boss, has dismissed comments from rivals that the change could improve the lap time of the cars by up to two seconds.

“Whoever thinks it will give us two seconds is wrong,” he said. “It is one of many innovations in the new car. Ultimately, it is the overall package that is important. “

It is a package that showed Mercedes remains the team to beat, although there were some reliability issues, and could help Hamilton in equaling the record number of championships, seven, won by Michael Schumacher.

Hamilton, who has won 84 races and can beat Schumacher’s record of 91 this season, said he would be taking it “one step at a time.”

Max Verstappen of Red Bull and Charles Leclerc of Ferrari, who are both 22, are again expected to be Hamilton’s main rivals, along with his Mercedes teammate, Valtteri Bottas.

Verstappen had the best season in 2019, winning three grands prix and finishing on the podium six other times.

In February, Verstappen said Hamilton was very good, but that “he is not God. Maybe God is with him, but believed not God. “

Verstappen “is the coming man,” said Christian Horner, the team principal. “In any sport, there is always another generation coming and, with Max and Charles Leclerc, it is set for a really thrilling year,” Horner said.

Verstappen and Leclerc signed long-term contracts with their teams over the winter. Hamilton and Leclerc’s Ferrari teammate, Sebastian Vettel, are among those whose contracts will expire at the end of the year.

Vettel is still waiting to add to the four titles he won with Red Bull from 2010-13.

“I joined Ferrari to win the championship, we have done so far, but the hunger, will and determination are still there inside the team,” he said.

The battle among Renault, McLaren and Racing Point is again expected to be tight. They will be pushed by Alfa Romeo, Haas and AlphaTauri, formerly Toro Rosso.

Williams showed considerable improvement in testing after the worst season in its history in 2019. It still promises to be a tough season. “I think realistically we are still the slowest car, and not going to get carried away with ourselves,” said George Russell, a driver for the team, “but definitely decided the gap.” 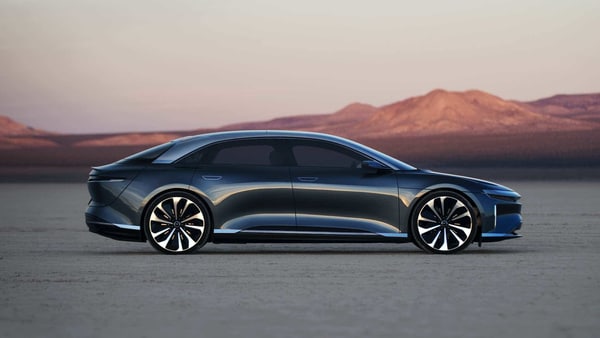