The automaker’s premium hatchback Toyota Glanza was launched in India in the price range of Rs 7.22 lakh to Rs 8.90 lakh (ex-showroom, Delhi) in June last year. The Glanza is the first product of a partnership between Toyota and Maruti Suzuki in India. Despite India’s auto industry facing the worst downturn, Toyota Kirloskar Motor managed to sell 24,380 units of premium hatchback since its launch.

The Toyota Glanza is being offered in two variants – G and V, depending on the engine and transmission ie G MT, V MT, G CVT and V CVT. The petrol engine on the Toyota Glanza is BS6 compliant, while diesel engines are not an option.

The Glanza looks similar to the Maruti Suzuki Baleno facelift on the outside, however, it has got a new chrome-line grille. Even the car gets 16-inch alloy wheels similar to the Baleno. At the rear, the only changes are the addition of the Toyota and Glenza badges and variant logos.

Also, the Toyota Glanza’s interior is almost similar to the Maruti Suzuki Baleno facelift. From the dashboard and steering wheel to the infotainment system to the 7.0-inch touchscreen, the Glanza is practically the same as the Baleno. The only difference comes in the form of Toyota’s badge.

The mileage of Toyota Glanza is 21.01 kmpl for the V MT trim, 23.87 kmpl for the G MT (Mild-Hybrid) trim and 19.56 kmpl for the CVT, which are the same for the respective variants of the Maruti Suzuki Baleno.

Other standard features include LED tail-lamps, height-adjusted for the driver seat, automatic AC and a 60:40 split rear seat. On the range-topping ‘V’ trim, the Toyota Glanza will get a rear parking camera as well as a follow-me-home headlamp feature.

Elon Musk says Twitter is nonsense. Why does he use it to break Tesla news? 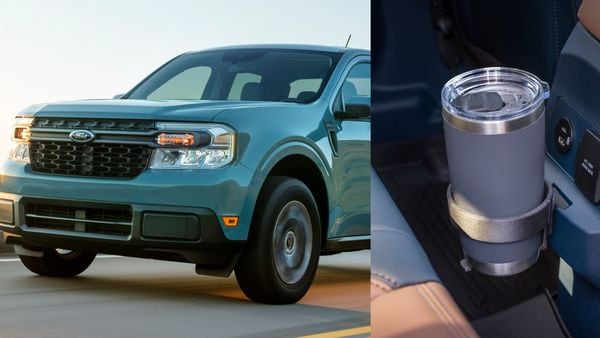 Will cars allow owners to add 3D home-printed equipment? Ford may have answer “Revenge Spending” clears out Lamborghini for most of 2021