Associations of taxi drivers held a protest in opposition to the rising prices of fuel on the Barakhamba Road space of Delhi on Friday.

The peaceable demonstration was held between 10 am to 11 am the place the contributors tied black ribbons on their faces. “The permission was for 80 people. However, around 200 reached Barakhamba Road, parked their vehicles and joined the protest peacefully without saying anything, Kamaljit Gill, Sarvodaya Drivers Association president, was quoted as saying by PTI.

The protesters carried placards and demanded that app-based taxis should be brought under city taxi permit as per the Supreme Court’s 2017 order. “App-based taxi drivers cost ₹6 per kilometre. They give 25 per cent to the company as fee, and because the prices of petrol are growing daily, it’s turning into tough for them,” Gill said.

He also said that his association plans to hold another protest across the nation on March 22 and 23. Other driver associations that were a part of the protest include Sarvodaya Drivers Association, Rajdhani Parivahan, Expert Driver Solution and other similar outfits.

In the last two months, price of petrol has gone up by ₹4.87 per litre while that of diesel has risen by ₹4.99 per litre.

As per SBI economists, price of petrol can be brought down to ₹75 per litre across the country if it is brought under the ambit of GST ambit. This can also bring down diesel costs to ₹68 per litre.

(with inputs from businesses) 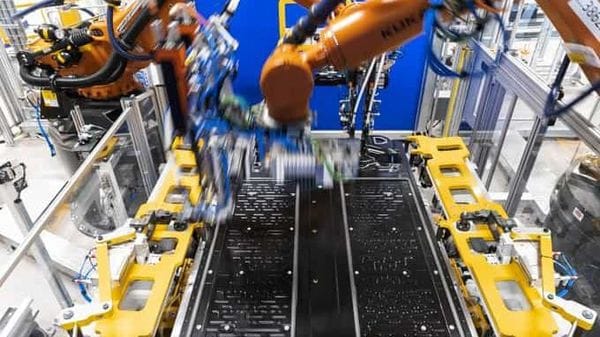 ‘First’ Porsche heads to auction, and a record price is expected