India and Nepal will hold talks on August 17 under their “oversight mechanism” for reviewing all bilateral economic and developmental projects in the Himalayan nation, the Ministry of External Affairs said on Friday.

This would be the first major engagement since bilateral ties came under strain after the Himalayan nation came up with a new political map in May.

Asked about reports that Prime Minister Narendra Modi and his Nepalese counterpart K P Sharma Oli could have a telephonic conversation on August 15, Ministry of External Affairs Spokesperson Anurag Srivastava said, “I have no information on this, I need to check.”

On whether the issue of floods in Uttar Pradesh and Bihar could come up for discussion in the upcoming bilateral “oversight mechanism” talks and if any high level dialogue between the two countries is proposed, he said, “On the scheduled oversight mechanism, I think you are referring to the meeting which is to take place on August 17.”

This “oversight mechanism” was set up in 2016 to review all bilateral economic and developmental projects in Nepal, he said.

This meeting will review all such projects across Nepal, Srivastava said.

Asked about Nepalese Foreign Minister Pradeep Kumar Gyawali’s reported remarks that the 1947 agreement among India, Nepal and the United Kingdom that deals with the military service of Gorkha soldiers has become redundant”, Srivastava said, “We are aware of the remark, but we have no information on any official communication in this regard.”

Srivastava also asserted that he has made India’s stance clear several times and had nothing more to add.

In June, Nepal’s Parliament approved the new political map of the country featuring areas which India maintains belong to it.

In its reaction, after Nepal’s lower house of Parliament approved the bill, India termed as untenable the “artificial enlargement” of territorial claims by the neighbouring country.

India had said Nepal’s action violates an understanding reached between the two countries to resolve the boundary issues through talks.

Meanwhile, to a separate question on former Malaysian Prime Minister Mahathir Mohamad raking up the Kashmir issue, Srivastava said, “You are aware of the outlook and position of Mahatir Mohamad on this issue.”

“As the saying goes, you are known by the company you keep,” he said in an apparent reference to Mohammad’s closeness to Pakistan.

Asked if any development has taken place on the extradition of Zakir Naik, he said India was in touch with the Malaysian government on the issue.

Naik, a 54-year-old radical Islamic preacher wanted by the Indian authorities for alleged money laundering and inciting extremism through hate speeches, left India in 2016 and subsequently moved to the largely Muslim Malaysia, where he was granted permanent residency when Mahathir was the prime minister.

On the case of the Income Tax Department detaining a 42-year-old Chinese man, identified as Charlie Peng, alleged to be the kingpin of a money laundering racket, Srivastava said, “We have seen the reports and we are awaiting more information at this stage.

(Only the headline and picture of this report may have been reworked by the Business Standard staff; the rest of the content is auto-generated from a syndicated feed.)

Facebook responds to Congress, says it is non-partisan and denounces hate

Facebook responds to Congress, says it is non-partisan and denounces hate 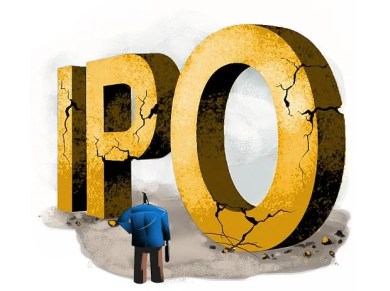