Gully Boy actor Siddhant Chaturvedi has opened up on his nepotism remark, which many perceived as a snide towards actor Ananya Panday. He says the Internet made a thing out of it and edited the clip to make it look like he has got a thug life.

Earlier this year, Siddhant’s reply to Ananya on nepotism in a roundtable interview became a viral sensation, making way for many memes and short clips in the virtual world.

During the panel, Ananya shared her definition of struggle and take on nepotism, saying: “I have always wanted to be an actor. Just because my dad has been an actor, I will never say no to an opportunity to act. My dad has never been in a Dharma film, he never went on ‘Koffee With Karan’. So, it’s not as easy as people say. Everyone has their own journey and their own struggle,” she said.

Breaking his silence on the nepotism jibe with Ananya, Siddhant said: “It was a topic of nepotism and I was the last one to speak. It so happened that she spoke before me.”

“And I just concluded so it was a conclusive statement. If you actually think about that line, it only implies the start-point and end point of the struggle. I guess, internet made a thing out of it. They made memes and edited it to make it look like I’ve got a thug life. But it was not meant to be taken like that,” he added.

The actor also opened up about his journey into Bollywood from CA studies.

“It all started with theatre in college. I had randomly walked in an audition for a part in theatre with the Mithibai drama team. I just went in and I was also a good dancer, so I imitated MJ. I guess they thought that I am good and that they could use me in one of the plays and that’s how it all started. It was my first performance and we won all festivals which gave me immense confidence,” he recalled.

“At that time, it was a big dream for me because at that time, there were no actors making it in. The last I knew was Mr. Shah Rukh Khan who inspired me greatly. Every boy would look up and say that if he made it as an outsider so could we. So, I used to keep telling myself that I could do this,” he added.

Also read: Aishwarya Rai, Abhishek Bachchan were asked why they lived with parents. Here are their fierce replies

The actor opened up about his journey in an episode of Starry Nights GEN Y, which is aired on Zee Cafe.

Siddhant feels glad that he got to work with Ranveer Singh in Gully Boy. “He made me so comfortable that I just could be myself. This guy is a legend and an artist. He understood the equation between us in the script and he just told me to go for it. I would ask him even before holding him in a certain way because I had watched Padmaavat and he was Khilji in it. So, it was on my mind as to how can I be Sher to Khilji. But he just told me to forget about everything and do whatever I was comfortable in,” he said.

Talking about the three things he would do to impress a girl, Siddhant said: “I would act, I would love to play guitar, and I would take care of her finances.”

Abhimanyu Dassani on mom Bhagyashree’s comeback: ‘If she spends too much time at home, she’d want me to get married’

Abhimanyu Dassani on mom Bhagyashree’s comeback: ‘If she spends too much time at home, she’d want me to get married’ 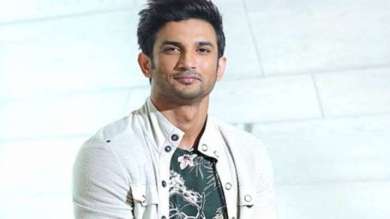 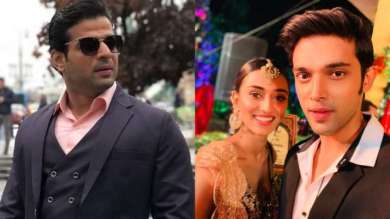 Bobby Deol: A surname can’t let you thrive in film industry for 25 years