India has rubbished Pakistan Prime Minister Imran Khan’s criticism of the state of affairs in Jammu and Kashmir on the UN General Assembly and stated the neighbouring nation has misused international boards to unfold false propaganda whereas overtly using terrorism as an instrument of state policy.

As lately, India fielded a younger girl diplomat – Sneha Dubey, the primary secretary on the mission to the UN in New York – to train the suitable of reply to reply to allegations made by the Pakistani premier on the General Assembly. Dubey described Pakistan as “an arsonist disguising itself as a fire-fighter”.

India stated in its response that Khan’s recorded video message to the General Assembly was one other try to tarnish the picture of the UN by bringing in India’s inside issues and to “spew falsehoods on the world stage”.

“Regrettably, this is not the first time the leader of Pakistan has misused platforms provided by the UN to propagate false and malicious propaganda against my country, and seeking in vain to divert the world’s attention from the sad state of his country where terrorists enjoy free pass while the lives of ordinary people, especially those belonging to the minority communities, are turned upside down,” Dubey stated.

Pakistan, she added, has been globally recognised as a rustic that’s “openly supporting, training, financing and arming terrorists as a matter of state policy”, and holds the “ignoble record of hosting the largest number of terrorists proscribed by the UN Security Council”. UN member states are additionally conscious that Pakistan has an “established history and policy of harbouring, aiding and actively supporting terrorists”.

The world has not forgotten that the mastermind behind the 9/11 assaults within the US, Osama Bin Laden, bought shelter in Pakistan, and that “even today, Pakistan leadership glorify him as a ‘martyr’”, Dubey stated.

“Regrettably, even today we heard the leader of Pakistan trying to justify acts of terror…We keep hearing that Pakistan is a ‘victim of terrorism’. This is the country which is an arsonist disguising itself as a fire-fighter,” she stated.

Pakistan’s policy of nurturing “terrorists in their backyard in the hope that they will only harm their neighbours” has affected the area and the world, and it has even tried to “cover up sectarian violence in their country as acts of terror”, she added.

India’s response reiterated that the union territories of Jammu and Kashmir and Ladakh “were, are and will always be an integral and inalienable part” of the nation, and this contains “areas that are under the illegal occupation of Pakistan”. Dubey stated: “We call upon Pakistan to immediately vacate all areas under its illegal occupation.”

Outlining India’s position, Dubey stated: “We desire normal relations with all our neighbours, including Pakistan. However, it is for Pakistan to work sincerely towards creating a conducive atmosphere, including by taking credible, verifiable and irreversible actions to not allow any territory under its control to be used for cross-border terrorism against India in any manner.”

India’s response additionally referred to Pakistan’s “despicable record” of getting executed a non secular and cultural genocide in opposition to the folks of Bangladesh, and stated the minorities of Pakistan, together with Sikhs, Hindus and Christians, dwell in “constant fear and state-sponsored suppression of their rights”.

“Dissenting voices are muzzled daily and enforced disappearances and extra-judicial killings are well documented,” Dubey stated, including that pluralism is “very difficult to understand for Pakistan which constitutionally prohibits its minorities from aspiring for high offices of the State”.

In his recorded message to the General Assembly, Prime Minister Khan had spoken about points such as the necessity for a world dialogue to counter Islamophobia and steps to promote inter-faith concord, however a majority of his tackle was centered on India and Afghanistan.

He alleged that the “worst and most pervasive form of Islamophobia now rules India” and criticised the BJP authorities, referring to what he stated had been incidents of mob lynching and a discriminatory citizenship legislation. Khan was significantly essential of the Indian authorities’s dealing with of the Jammu and Kashmir situation, and referred to “illegal and unilateral measures” imposed since August 2019, together with the jailing of political leaders, clampdown on the web and suppression of protests.

Khan stated: “Pakistan desires peace with India, as with all its neighbours. But sustainable peace in South Asia is contingent upon resolution of the Jammu and Kashmir dispute in accordance with the relevant UN Security Council resolutions and the wishes of the Kashmiri people.”

He stated Pakistan had reaffirmed the 2003 ceasefire on the Line of Control (LoC) within the hope that it “would lead to a rethink of the strategy in Delhi”. He added, “Sadly, the BJP government has intensified repression in Kashmir and continues to vitiate the environment by these barbaric acts. The onus remains on India to create a conducive environment for meaningful and result-oriented engagement with Pakistan…It is also essential to prevent another conflict between Pakistan and India.”

While talking on Afghanistan, Khan referred to a faux information merchandise that stated former US president Ronald Reagan had in contrast Afghan mujahideen to the “founding fathers of the US”. His remarks that Pashtun folks in Pakistan’s tribal belt had “strong sympathies” with the Afghan Taliban and that Afghan refugees have affinity with the Taliban had been broadly criticised on social media. 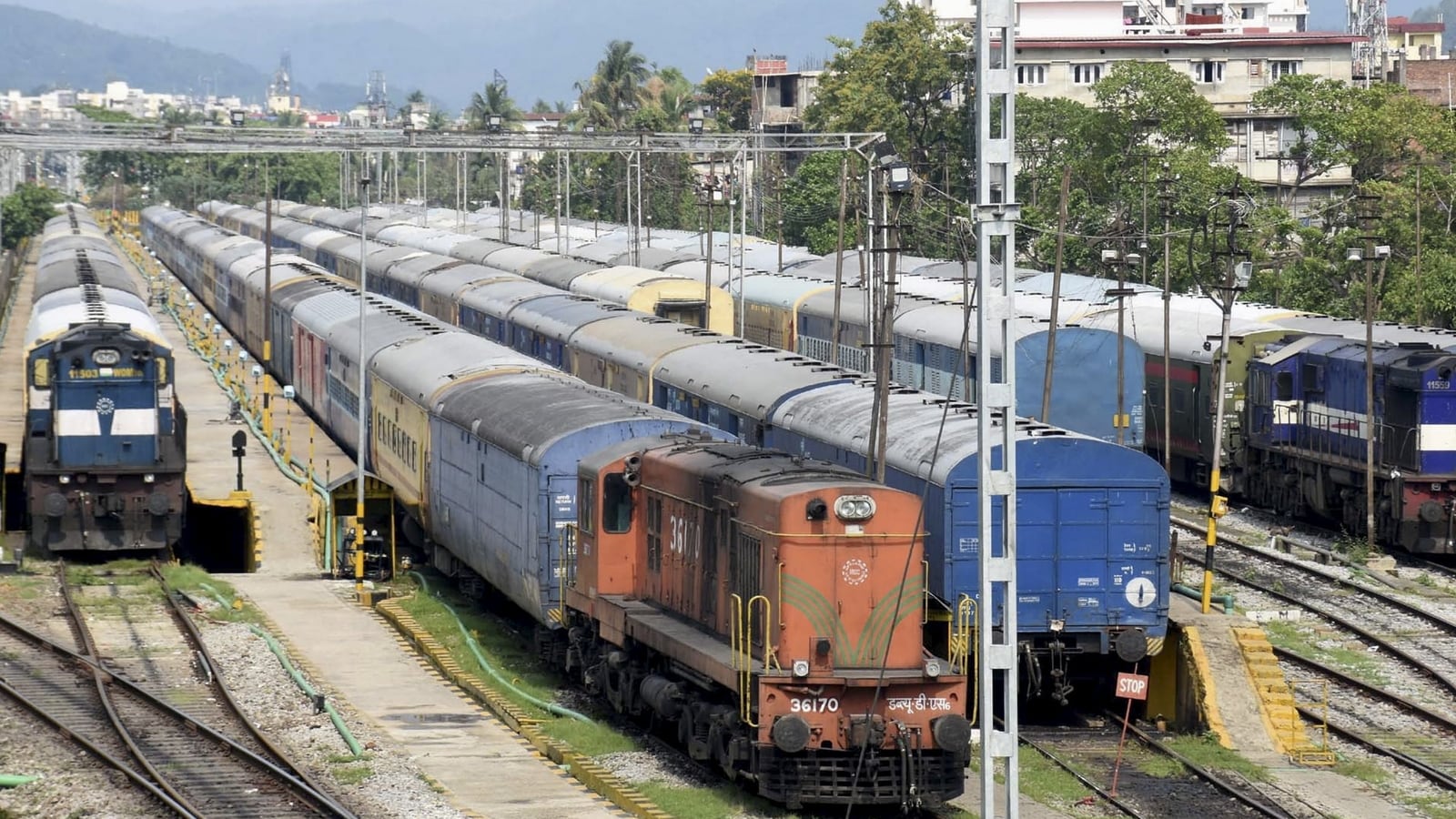 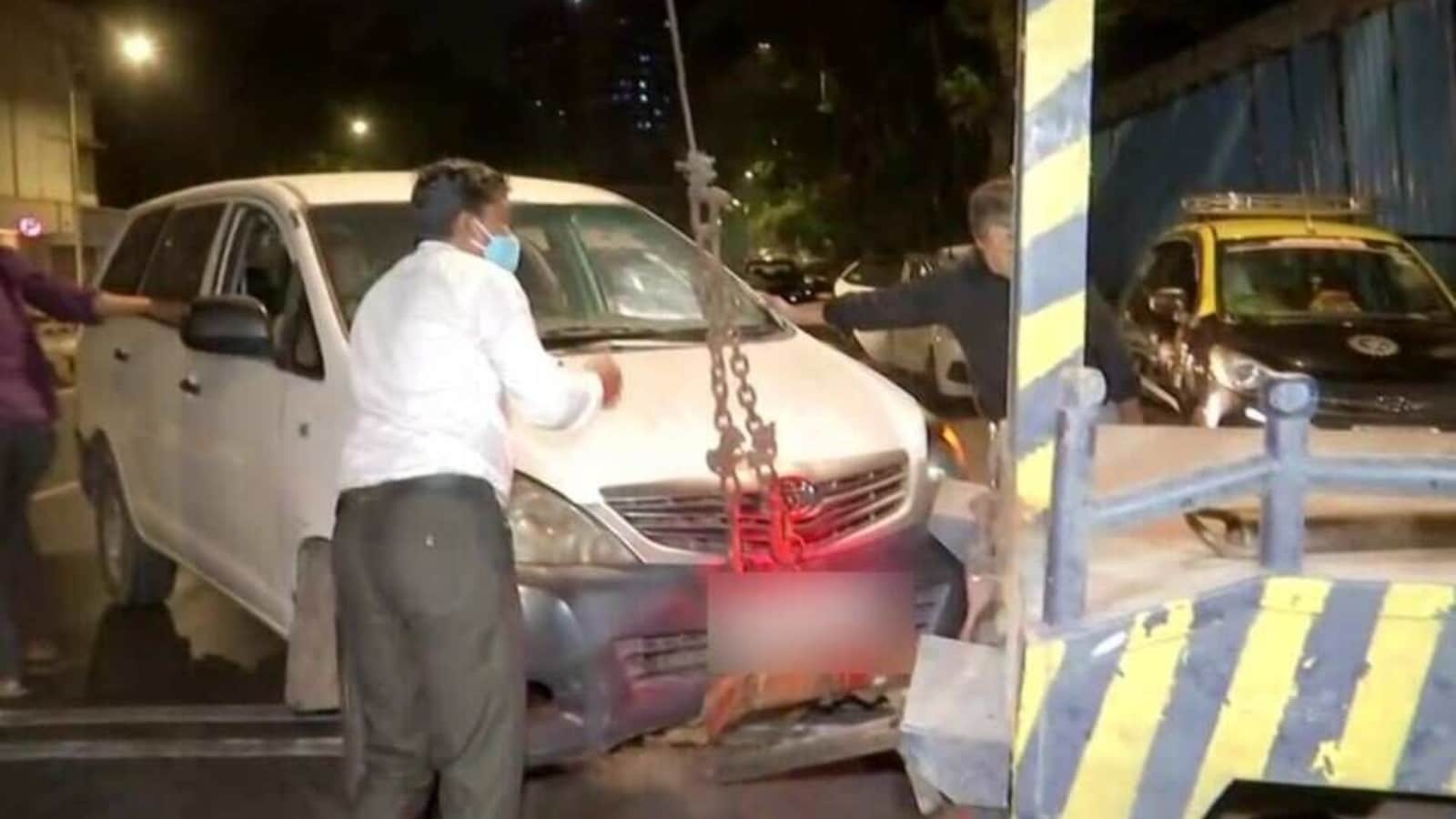 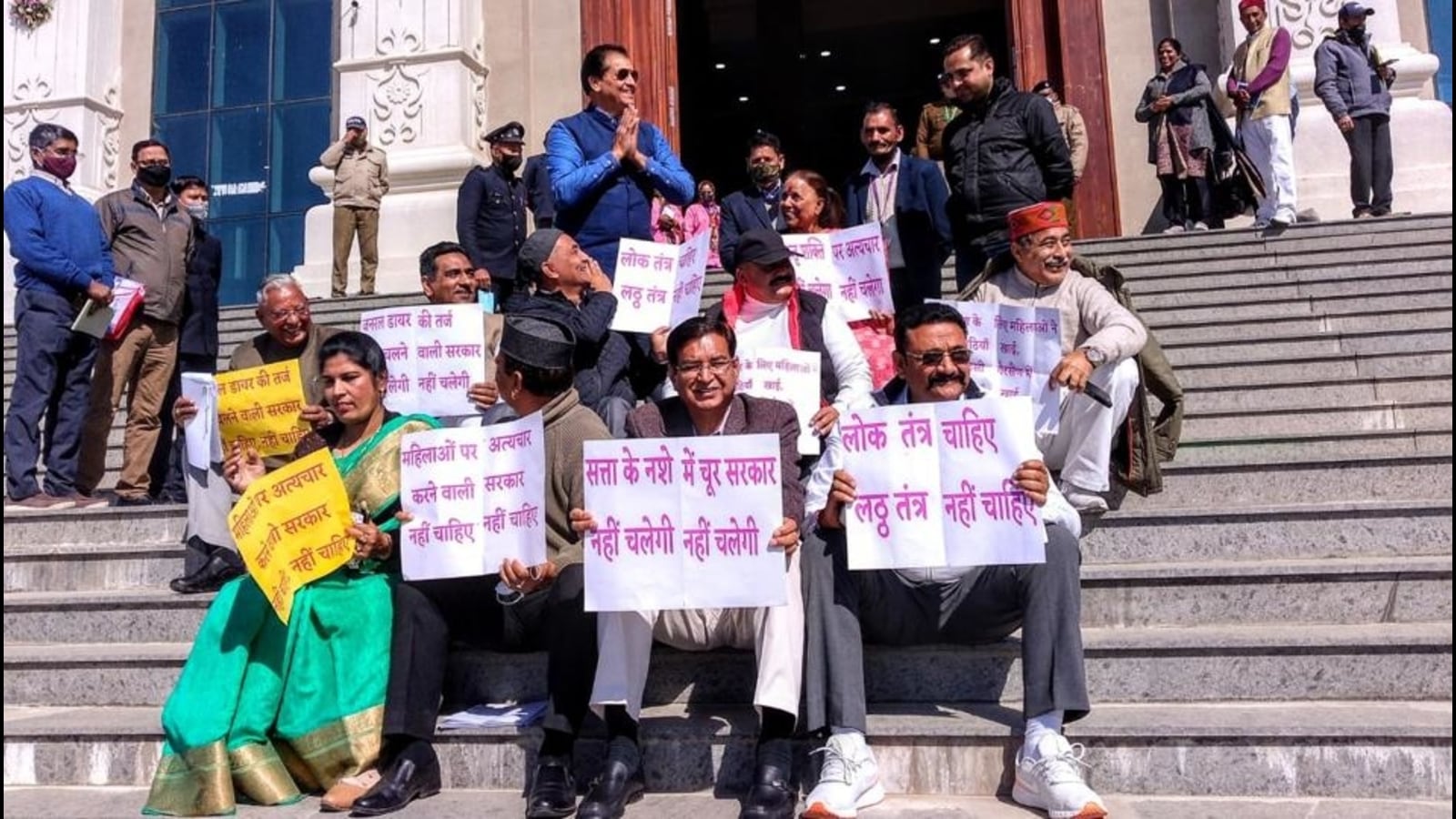 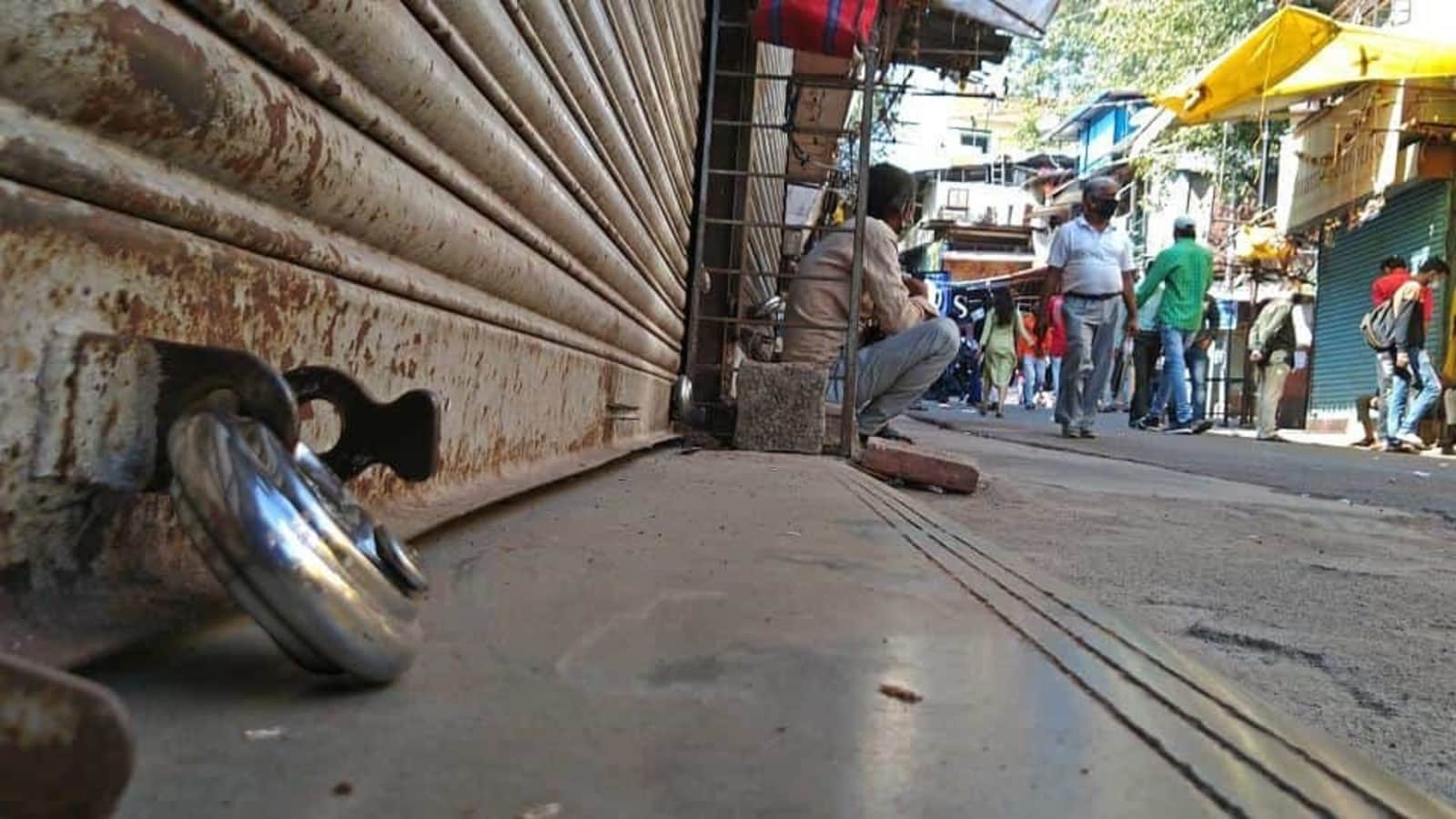 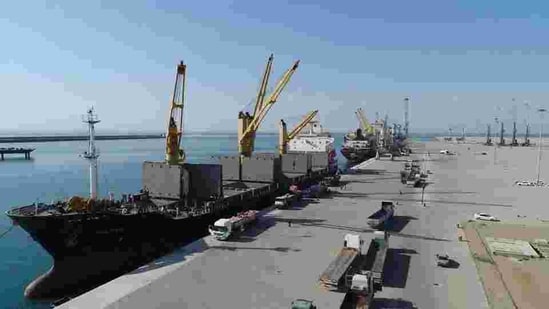