Bengal BJP workers have launched a protest against the death of their worker.

A 40-years-old BJP worker was allegedly beaten to death on Saturday, after a clash broke out over hoisting of flag in Khanakul, rural Hooghly on Independence Day. The area remained tensed for the entire day.  According to police, two groups wanted to hoist flag at the same place. A clash broke out over which group will hoist the flag. The victim has been identified as Sudarshan Pramanik (40) .

“A clash broke out in Khanakul , one person has been killed. Probe is on”, said SP Tathagata Basu.

Bengal BJP workers have launched a protest against the death of their worker. Protesters vandalised local party offices.  The party has announced a 12-hour bandh in the area demanding arrest of those involved in the case. At least eight people have been detained in the case. The incident has triggered tension in the area . Huge police force have been deployed in the area. Huge police force have been deployed in Khanakul, rural Hooghly

The party has alleged that their worker was murdered by TMC members.

” They cannot stop BJP like this. We condemn this incident in strongest of words. We would do a movement against this untill the culprits are arrested,” said Rahul Sinha, National Secretary of BJP.  ” Till date 108 BJP workers and leaders have been killed,” added Sayantan Basu, general secretary of BJP.

However, the ruling party has denied the allegation calling it a fallout of BJP’s internal feud.

“They are trying to gain political mileage over this death. It is a fallout of their internal feud,” said Hooghly TMC President , Dilip Yadav.

While police refused to comment on the political affiliation of the people involved in the clash,  locals claimed few BJP workers had gathered at Khanakul to hoist the flag when they were allegedly stopped by another group who wanted to hoist the flag at the same place. The two sides pelted stones at each other, they were beaten up with sticks.

For all the latest Kolkata News, download Indian Express App.

WBBSE: Only guardians allowed to apply for scrutiny of Madhyamik answer sheets 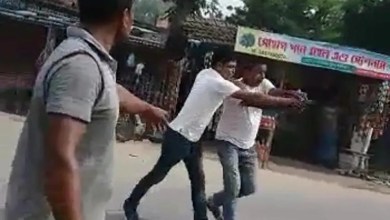