Outgoing Commissioner of Pune City Police, Okay Venkatesham, on Saturday thanked native residents and his subordinates for profitable implementation of various initiatives like ‘Puneri Patya’ and ‘Cops Excellence Programme’, undertaken throughout his tenure for the welfare of residents in addition to the police pressure.

Venkatesham has been transferred to Mumbai as further director basic of police (particular operations).

During his tenure because the Pune police commissioner, Venkatesham played a key role in various technology-based initiatives and police reforms. He addressed a press convention on Saturday to categorical his gratitude in direction of residents of Pune.

Venkatesham spoke concerning the success of Service Excellence and Victim Assistance (SEVA) software, which was his brainchild. As a part of SEVA, constables have been given tablets to report particulars of each customer to a police station. Later, officers from the management room make calls to guests for his or her suggestions.

Venkatesham mentioned his subordinates and residents of Pune have been very supportive and that’s the reason an initiative like SEVA grew to become profitable in redressing grievances of individuals.

He additionally talked about how the usage of ‘Puneri Patya’, signboards with sarcastic messages in typical Pune model, helped in creating consciousness on site visitors and different points.

He additionally talked about technological initiatives like facial recognition and geolocation based mostly software, ExTra (Externees monitoring and Tracking system), which helped in protecting a management on criminals. Venkatesham was additionally on the helm of Pune City Police operations in dealing with the lockdown imposed by the federal government in the wake of Covid-19 outbreak.

No shortage of oxygen for hospitals in Pune district, delayed arrival of tankers a problem: FDA

No shortage of oxygen for hospitals in Pune district, delayed arrival of tankers a problem: FDA 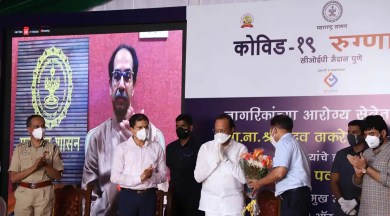 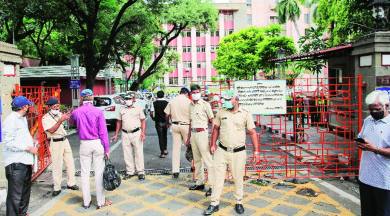 PMC to act tough against those not wearing masks, spitting in public places