We live in strange times. On the one hand, because I am confined to my house, I no longer notice what day of the week it is: Wednesday is not very different from Sunday. In that sense, time has stood still or become nearly irrelevant.

On the other hand, time is simultaneously also galloping ahead. It is hard to believe just how much our lives have changed in a matter of days.

On 7 March, when most people thought that everything was okay, I went to the new Bombay Sweet Shop to talk to Sameer Seth, Yash Bhanage and Floyd Cardoz about the fifth anniversary of Bombay Canteen which they had started. Because I am married to a woman who had long been convinced that Corona was a much bigger deal than the government realised, I found a relatively isolated part of the restaurant and made sure that the three of us did not sit too close together.

The interview went fine. I said goodbye to Floyd who said he was flying back to New York later that night. I teased him that despite his fame in New York, he was a much bigger success in India. Why not come home? I said. Why not just work fulltime with his Bombay Canteen group?

Floyd looked at me a little suspiciously and then turned to Yash and Sameer and asked “Did you put him up to it?”

It turned out that Floyd’s partners had been trying to persuade him to do the same thing.

Surely, what they were suggesting made sense?

Floyd conceded that perhaps it did. “Let’s see when I am next in India”, he said. “Maybe I should move here full time”.

The interview over, we got up to go. (No handshaking because I had been told to be careful!) I got into my car. Floyd waved goodbye.

I never saw him again.

Ten days later, on 17 March, Sameer called to say that Floyd had admitted himself to a hospital in New Jersey because he had respiratory symptoms. Floyd thought it might be Corona but his partners believed he should not assume the worst until the test results came back.

Sameer’s view (and apparently Floyd’s too) was that he had either picked up the Corona infection on the flight (via Frankfurt) or that he had got it in New York. Neither Yash nor Sameer had any symptoms; nor did anybody else who worked at their restaurants.

But Sameer still felt he had a duty to tell anyone who had spent time with Floyd so that we could consider taking some steps to protect ourselves. I had come back from meeting a friend that day, having already taken care to sit far apart in an open space.

I told Sameer that I would just totally isolate myself now. It had already been ten days, and no symptoms had manifested themselves but ten more days of isolation would do no harm.

Two days later Sameer called to say that Floyd had tested positive for Coronavirus. It had now been 12 days since I had met Floyd. Sameer was concerned about the safety of his team (apart from his own health). But nobody had developed symptoms, he said. They were told by doctors that tests were necessary (and available) to anyone who had developed symptoms so his team was closely monitoring their own health. The restaurants had closed a few days before.

I said that I was in isolation till 27 March anyway. (Doctors reckon that three weeks of self-isolation should be okay though some say that if you are asymptomatic after 14 days, the chances of being infected are very low). Then, of course, the whole country was put into isolation anyway so I suspect I will be at home for the foreseeable future.

On the night of 25 March, Sameer called again. He sounded devastated. Floyd had died, he said.

Then the tributes started pouring in. The world’s best chefs acknowledged Floyd’s greatness. Daniel Humm said on Instagram: “Speechless, heartbroken. RIP my brother, your game changing contribution will live on forever”. David Chang who had shot with Floyd last year for his show. Ugly Delicious, tweeted. “I don’t want to believe this! Easily one of the most beloved people in the business.” Indian chefs were fulsome in their praise. From Suvir Saran to Vikas Khanna to Vineet Bhatia, they seemed sad and even, shattered.

But I thought the best tribute came from the New York Times’ Pete Wells. Of Floyd, he wrote “He told us stories about the thrills and the comforts of India… He told us that sharing your enthusiasm could be a form of generosity. From most points of view it doesn’t make a lot of sense for a restaurant to serve about a dozen egg dishes, unless it is a diner. It makes even less sense for the same restaurant to offer single-malt Scotch of every known region, shade, aroma, flavour, style and age. Mr. Cardoz was wild about eggs though and crazy for Scotch, so he bet heavily on both.”

I liked Wells’ piece because I thought it captured Floyd’s essential philosophy. Food was about joy and about passion. Wells singled out Eggs Kejriwal, the dish that the Bombay Canteen made famous, as an example of Floyd’s style: simple, low cost, regional, seasonal ingredients cooked with flair, fun and passion.

Technically, Floyd was an exceptional French chef. He had risen to the top at Lespinasse, in its time, New York’s best French restaurant, so he knew his fancy ingredients, his classic techniques and his sauces.

But he didn’t care only about fancy food. People still rave about Tabla, the modern Indian restaurant he ran in New York for 14 years. But they forget that he also ran the cheaper Bread Bar in the same building, serving simpler Indian food. They forget too that such staples of Indian restaurant cuisine as the Bacon Kulcha were created at Tabla in 1998.

Judging by the number of great global chefs and critics who have written to say how much they admired him. Floyd could have made a very successful career out of cooking European or American food in the West.

But the commitment to Indian food came from deep within his soul. In 2019 when I wrote that Indian chefs did not get the global recognition they deserved, he wrote to me: “Love your insights on 50 Best. It drives me crazy that our chefs are not recognised. Thank you for putting it out there. Many Indians still like to kowtow to anything that is not Indian. I have so much to say about it….”

He didn’t get to say all of it, alas. Such are Brunch’s deadlines that though I interviewed the Bombay Canteen team on 7 March, the article did not appear till last Sunday more than two weeks later.

In that fortnight it seemed as though the world had changed. Floyd had gone back to America, had gone to hospital, had been diagnosed with Coronavirus and by the time the article appeared, all restaurants had been shut. Within three days of the publication of the article, he was dead.

There are many reasons to admire Floyd. But these are the ones I will remember. He was respected around the world but in his heart, he was an Indian who cared passionately about our cuisine. He thought that food without fun or joy, made solely to impress foreign critics (and God knows, Floyd had impressed them all in his time) was fake and phoney. He believed in Indian flavours recreated without artifice. Long before “farm to table” became a pretentious mantra, Floyd was talking about ‘the treasures of the land and the sea” and using fresh, seasonal ingredients.

He loved his chefs and mentored them. Two of the best chefs in Mumbai: Thomas Zacharias and Hussain Shahzad (of O Pedro) were Floyd protégés. He was humble and unwilling to push himself forward. I was at an event where Mauro Colagreco (three Michelin stars, owner of Mirazur, the best restaurant in the world according to the 50 Best List) saw Floyd and called out to him. Floyd obviously knew Mauro but he was much keener to get Hussain to meet him than to talk to Mauro himself.

Each time I think of Floyd, my final image is of him waving goodbye as I drove away from the Bombay Sweet Shop.

Who would have imagined how things would change so soon?

The restaurant community has lost a legend. And the world has lost a very good human being.

To read more on The Taste With Vir, click here 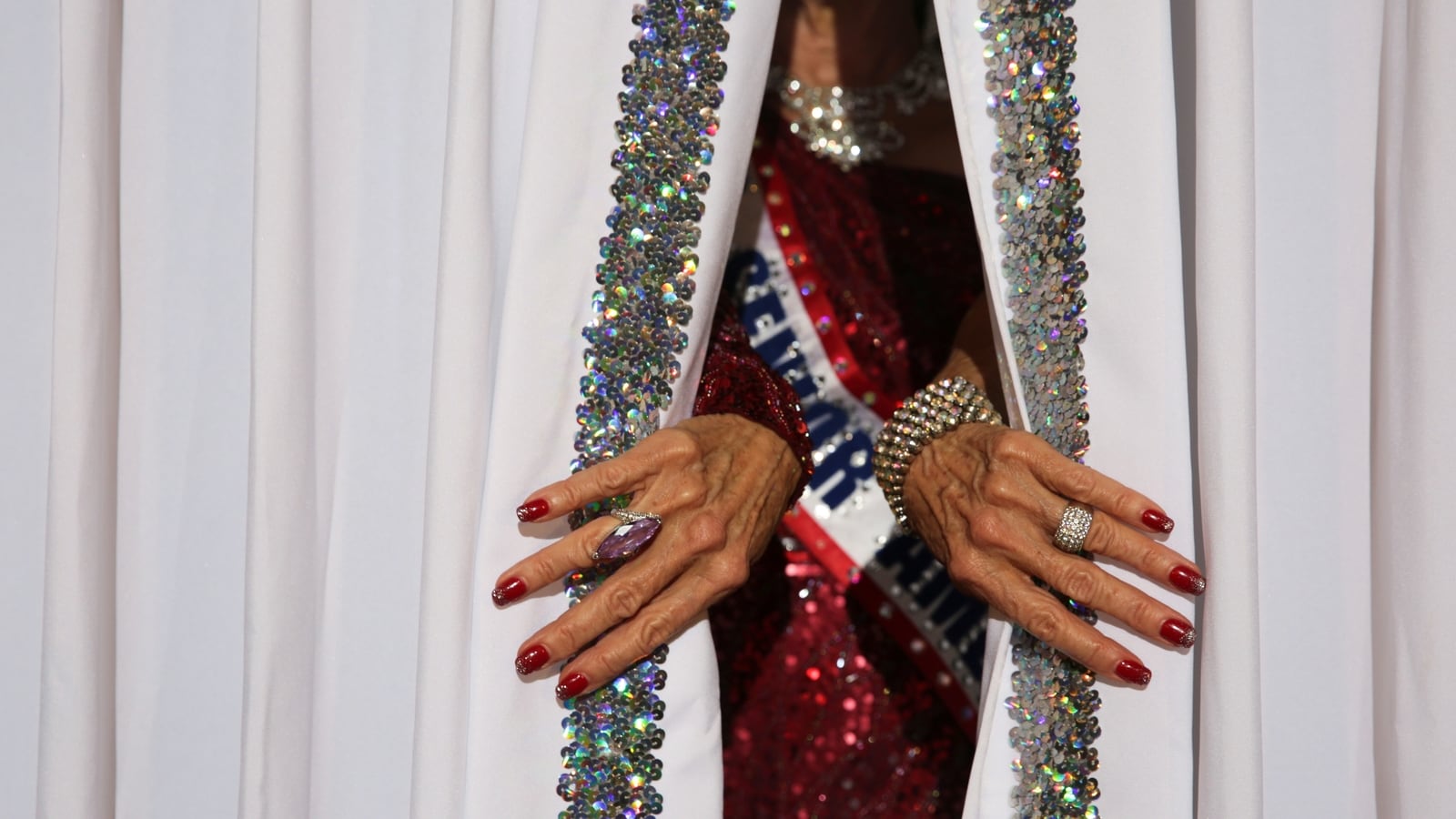 ‘Choose to be a conscience keeper’: Sushmita Sen’s love advice this Sunday has our full… No Diwali carnivals this festival of lights, organisers and artisans count their losses – art…