Barcelona president Josep Maria Bartomu, whose tenure has been short of strained relations with the players this season, wants to improve the club’s management as he distrusts some directors according to Vice President Emily Roussaud.

“Bartomu called me and told me he wanted to change management because he suspected some directors, I was included,” Roussaud, who was set to succeed Bartomu as chairman, Told Cadena Ser Radio on Wednesday.

“He told me that things had leaked to the press that upset the players and he felt that I was critical of how the board handled it.” With Lionel Messi’s public criticism of one of several off-field disputes in February by Technical Secretary Eric Abidal, relations between Barsa’s players and the board remained tense for several months.

Messi made another hard injury to the Bark board last week when it was confirmed that the team would take a 70 percent pay cut during the coronovirus crisis.

Argentina accused Bartomu of underestimating the players during recent negotiations.

Messi wrote on social media, “It never ceases to amaze us that those from within the club were trying to put us under the magnifying glass and pressurized us to do something similar.”

Messi’s message was soon posted on the pages of almost all of his teammates in Barcelona.

The dispute increased the pressure on Bartomu and Barcelona boards ahead of next year’s presidential elections.

However, Bartomeu will not be eligible to run for re-election in 2021, with two terms.

‘I asked Mahi bhai what to bowl..’: Kuldeep Yadav opens up on his ODI hat-trick against Australia

‘I asked Mahi bhai what to bowl..’: Kuldeep Yadav opens up on his ODI hat-trick against Australia

If Australians did ‘Mankading,’ Shikhar Dhawan was out without facing a ball in debut innings,… 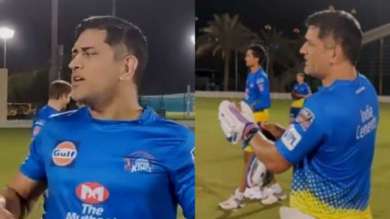 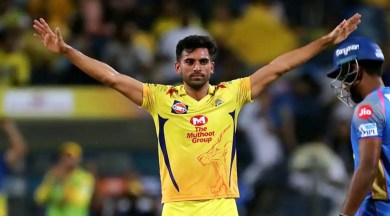 Deepak Chahar gets BCCI clearance to start training for IPL 2020