PV Sindhu will continue her physical conditioning and gym work at the Suchitra Academy. (Source: File)

PV Ramana, father of the world champion PV Sindhu, said he has categorically told national coach P Gopichand that no one beyond coach Park Tae Sang, Gopichand and him are to enter the academy training hall till Sindhu is on the court, once the camp resumes. Ramana said the added caution was necessary after fellow shuttler Sikki Reddy and physio Kiran Challangundla tested Covid-positive on Thursday.

“I have told Mr Gopi that once we resume and Sindhu’s session is from 6-8.30 am, I’ll come in advance at 5.30 and personally check how the court is sanitised. We’ll leave by 8.30. He can start the next session at 9. But if anyone enters the hall in that time allotted to Sindhu, then from the next day, we’ll not go for training,” Ramana said.

He added that he had told the coach to hold exclusive sessions for Sindhu, but Gopichand had stressed that he was duty-bound to pay attention to others, including World championship medallist Sai Praneeth and former No 1 Kidambi Srikanth.

While Sindhu had an exclusive session to herself from August 7 when the camp started, a slight overlap with other campers coming in from 8 am and getting ready to train on other courts had annoyed her father.

While 11 camp members underwent a second RT-PCR test on Friday, having come in contact with the infected duo over the course of training and a gym session, Ramana insisted Sindhu hadn’t practised with others, and wouldn’t need a test so soon after the one carried out on August 11, results of which came the next day.

“She trained with Park and Gopi came on two days for her session – 7th and 10th – which was multi-shuttle day. She only must have said a passing Hi! to Sikki but didn’t interact with anyone. On 13th, it was only me and Park with Sindhu,” he explained.

Sindhu will continue her physical conditioning and gym work at the Suchitra Academy. “They have a lot of manpower there so every piece of gym equipment is wiped clean with Dettol liquid before she arrives. So in the evening, two hours are exclusively for Sindhu,” he said.

Ramana has gone to extreme lengths to protect the space around Sindhu and listed out the precautions taken. “When she enters, she sprays the bench she sits on and uses antiseptic on her hands. I spray the poles and even the net. We carry our own shuttles. We also have a separate big box for her multi-shuttle sessions which others don’t touch. I pick all the shuttles myself,” he said. Ramana has gone to extreme lengths to protect the space around Sindhu. (Source: File)

Ramana has also lent his Nissan Micra car to Korean coach Park. “I gave him my car to use for the next few months. It’s an automatic, so he’s comfortable. Park is a very jolly fellow and Sindhu is very comfortable training with him and enjoys her game,” he added.

Ramana said the home environment was also geared towards least exposure to anyone outside the family. “We have all been ok at home and even my grandson (elder daughter’s child) is with us. We don’t meet people outside and Sindhu never steps out of the car without a mask,” he said.

Throughout the lockdown, Ramana supervised Sindhu’s home training sessions with swiss balls and terrabands, dumbbells and weight jackets. Many were monitored on Whatsapp by her physio Shrikant. “I had my own equipment and she was training throughout. Even today, she went for a 7-km run inside the colony.”

Ramana was sceptical about the Thomas and Uber Cup (TUC) going ahead in October in the current scenario, and said they would wait until closer to the date before taking a call on travelling.

“Maybe individual events like French or Denmark Open are different where she goes, plays and comes back, but not with the team. But TUC is a team event with so many countries. It’s a risk. Unless there’s a vaccine, I don’t know if we need to risk traveling to Paris and Denmark this year. But we have given an acceptance that if points are going to be added for Olympic qualification, we might consider. Otherwise why take a risk, what’s the hurry?” he said.

For all the latest Sports News, download Indian Express App. 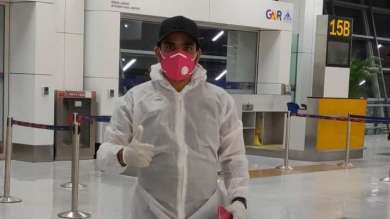 M.L.B. Employees Become the Subjects of a Huge Coronavirus Study 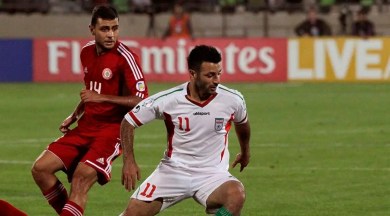 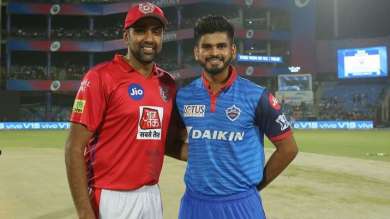 IPL 2020 | Ashwin, Rahane’s presence in DC an ‘opportunity’ to learn as captain: Shreyas…