She said that the whole idea was to give due credit and attention to women, and is sure that there is no platform like her anywhere in the world. The Indian women’s cricket team may not have brought the World Cup to their home, but their performance over the years has been good enough to generate interest and fan following. One result of this success is the Pune-based start-up, Breaking Boundaries, which builds the Women’s Crickzone, a platform dedicated to women’s cricket. The women’s cricket IPL may have provided the right fuel for the take-off, but will now have to wait. However, this has not dampened the enthusiasm of the start-up as it wants to be a one-stop destination for everything on women’s cricket anywhere in the world.

Breaking Boundaries founder Yash Lahoti says there are 62 countries around the world, who are also playing women’s cricket with teams in Brazil and Argentina. But the attention they receive is not fair and just, he explains. If men are playing cricket and there is a women’s match, there is no prize for guessing which team attracts everyone’s attention, he said.

Lahoti had watched a women’s cricket World Cup match between England and New Zealand in 2009 and had been following them ever since, but could never get enough on any medium so he took this stage to promote women’s cricket. Decided to focus on the place. Lahoti says that he keeps track of every cricket match played anywhere in the world. He has five million users of the website and during the recent World Cup, he saw seven million impressions. About 80% of their market comes from India, followed by the UK and Australia. She said that the whole idea was to give due credit and attention to women, and is sure that there is no platform like her anywhere in the world.

Lahoti says that the 2017 Women’s World Cup in England was the turning point with 180 million, of which 156 million belonged to India. The Indian team finished as runners-up, but it was enough to make Lahoti feel that it would grow faster in the future and he started the venture in 2018. Since then, he has been building a team, setting up his office, launching the bi-annual well-printed as an e-magazine dedicated to women’s cricket. Highlighting the women cricketers and their achievements, they held the first of its kind awards for women players. Advertising is the main source of revenue and the current halt on all types of live sports has not been affected as Lahoti believes things will get back on track. A new round of funding has helped.

Breaking Boundaries, which runs womenscriczone.com, has just raised an undisclosed amount from angel investors in its round-up, including international cricketer Kedar Jadhav. The round was led by Pune-based Hodec Ventures. The round saw participation of individual angel investor Praveen Bhalerao, former ED of IIFL Wealth, Indranil Chitale of Chitle Bandhu Mitthawale and director Reena Lahoti of Hyderabad, AMP and Om. The company had previously conducted pre-round rounds with angel investors and criminal lawyers Chinmoy Bhosle and Reena Lahoti. Jadhav says that women’s cricket needs all kinds of support and is playing an important role in popularizing the sport and highlighting the player’s achievements. For Jadhav, it was also a way of giving back to the sport that has been his life. According to Hodek Ventures director, Abhijeet Khanwilkar, women’s cricket was on a rapid growth trend in the country and would definitely grow further in the next decade. Legoglik Consulting, a full-service law firm based in Pune, advised the women’s crickzone to structure, conduct due diligence, negotiate and finalize the deal. Ravindra Jadeja out of first two Test against England, might bat with injections if required… IPL 2020: We know what Sanju Samson did this summer 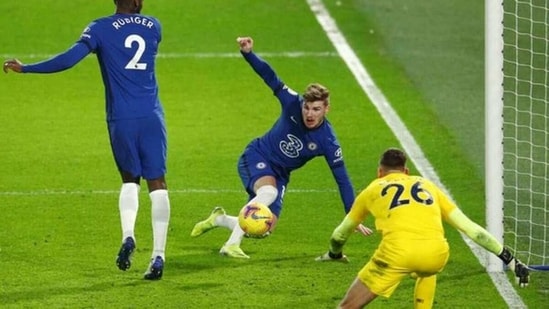