This is the first time OnePlus will be launching a smartphone in the green colour option. (Image: OnLeaks, iGeeksBlog)

OnePlus is expected to launch its OnePlus 8 series of smartphones on April 15, according to various reports. However, now it seems that the company might be delaying the launch indefinitely until this coronavirus pandemic passes. But, this is not slowing down the leaks and reports for the phones from coming out. Today we take a look at everything we know about the upcoming OnePlus 8 series.

OnePlus is expected to introduce three phones this time. But the OnePlus 8 and OnePlus 8 Pro will launch first, and the Lite version, which could be called OnePlus X will be delayed. German website Winfuture reported that OnePlus will only introduce the high-end variants first, and also indicated that the company is facing some problems given the COVID-19 outbreak in China, which has disrupted supply chains.

OnePlus X is back?

According to a recent report by XDA Developers’ Max Weinbach, OnePlus X could be the name of the Lite variant. The last OnePlus X was launched back in 2015, but it did not fare so well.  He posted on Twitter that OnePlus was revamping the X version under a new series, so there’s still a chance the name might change in the final branding.

OnePlus 8 from its leaked renders looks quite similar to the OnePlus 7T Pro of last year. The company has added a triple camera array in a vertical alignment on the back. The display is curved from both the edges and this time along, the company has gone for a punch-hole display.

OnePlus 8 Pro from the renders also looks like the OnePlus 7T Pro, but with a quad-camera and the fourth camera sensor will be placed on the side of the array. It would also appear as if the company has moved past the pop-up selfie camera system, and the OnePlus 8 Pro will come with a punch-hole cutout similar to the OnePlus 8. It might be possible that the company is removing the pop-up camera system to get a proper IP rating.

OnePlus X according to a prototype leaked by SlashLeaks, will feature a triple camera system on the back that is aligned to the top-right corner. It will also have a punch-hole cutout in the centre like the Samsung Galaxy Note 10 series. And unlike the OnePlus 8 or the 8 Pro, the Lite variant is unlikely to get a curved screen.

OnePlus during CES 2020 confirmed that its OnePlus 8 Pro smartphones with come with a 120Hz refresh rate display as a standard. To recall, the company currently provides consumers with a 90Hz display in all of its recent smartphones. As of now, the Samsung Galaxy S20 series, Asus ROG Phone 2, Poco X2 and a few other phones provide consumers with a 120Hz refresh rate display.

Both the OnePlus 8 and 8 Pro will be powered by the latest Qualcomm Snapdragon 865 processor. (Image: 91Mobiles, OnLeaks)

Pete Lau recently confirmed that all OnePlus 8 series phones will come with 5G as a base. This will make the phones future proof. But it will also drive up the costs of these phones.

According to the tipster Ishan Agarwal, the OnePlus 8 will sport a 6.55-inch full HD+ display with a 90Hz refresh rate. It will come with 8GB/12GB of RAM paired with 128GB/256GB of internal storage. It will be powered by the Qualcomm Snapdragon 865 processor and will come with a 4,300mAh battery with support for its own 30W Warp Charge technology.

The device will come with a triple camera setup on the back consisting of a 48MP primary sensor paired with a 16MP secondary sensor and a 2MP sensor. On the front, it will feature a 16MP sensor for taking selfies. It will be made available in Glow, Black and Green colour options, and will not come with any IP rating.

OnePlus 8 Pro from the renders also looks like the OnePlus 7T Pro, with a number of changes. (Image: 91Mobiles, OnLeaks)

He also states that the OnePlus 8 Pro will sport a 6.78-inch QHD+ Super AMOLED display with a refresh rate of 120Hz. It will also be powered by the Qualcomm Snapdragon 865 processor paired with 8GB/12GB of RAM and 128GB/256GB of internal storage.

All of this will be backed by a 4,510mAh battery with support for the company’s own 30W Warp Charge technology along with 30W fast wireless charging and 3W reverse wireless charging. It will come in Blue, Black and Green colour options, and will sport an IP68 dust and water resistance rating. On the back, it will feature a quad camera setup consisting of two 48MP sensors, an 8MP sensor and a 5MP sensor. On the front, it will feature a 16MP sensor for taking selfies.

Judging from the past, we expect the company to increase the prices of both the OnePlus 8 and 8 Pro in India compared to their predecessors. But, considering that OnePlus has said that all the phones will support 5G out of the box, it could mean that the company could price these much higher, especially if it doesn’t launch a 4G variant.

For all the latest Technology News, download Indian Express App.

Can we ditch dark energy by better understanding general relativity? 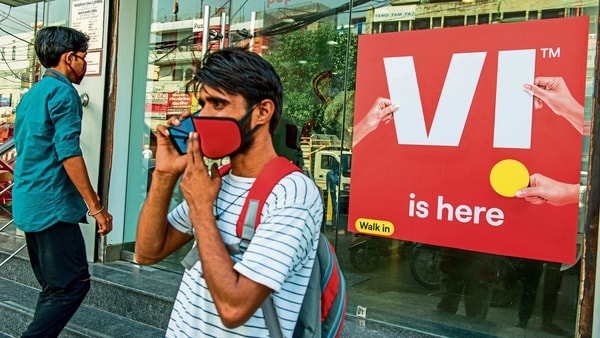