My smart TV is old (Samsung, 2014) so I watch BBC iPlayer on my Now TV box (also old and discontinued). What is the best device for all the popular streaming services including the upcoming Disney+? To my knowledge, it is not yet confirmed if it will be available on my Roku-powered Now TV box. Adnan

You may be in luck, because Disney has just signed a deal with Sky. As a result, Disney+ will be available via Sky from its UK launch on 24 March, to be followed by Now TV in the coming months, says Sky. It’s not clear how many months that means. Perhaps Sky does not know. However, I’d assume it means some time this year, not next.

For those who have not caught up with Disney+, the service was promised in 2017 and launched in the US late last year. The company knows it is a decade late to the film-streaming market pioneered by Netflix in 2010. It can make up for that by making its service available across a wide range of geographies and technologies.

Disney+ will be available via web browsers on PCs, on Android and Apple iOS smartphones and tablets, on Amazon Fire TV and Fire tablets, on Roku streamers, on Apple TV, the Sony PlayStation 4 and Microsoft’s Xbox One, and via Google Chromecast.

It will also cover almost all the big smart TV platforms: Roku TV, Android TV, LG’s WebOS and Samsung’s Tizen. In the UK, BT and Virgin Media still appear to be missing, but pretty much every Ask Jack reader should be able to get Disney+ on a device they already own.

Disney is also pricing the service to attract annual signups, with a pre-launch offer of £49.99 (£10 off) if you subscribe on or before 23 March. This includes HD and 4K videos, for which other services may charge extra. It will also let you download movies to watch later.

Disney+ will not initially have the volume of content you can get from Netflix or Amazon Prime. However, Disney’s string of takeovers of Pixar (2006), Marvel (2009), Lucasfilm (2012) and 21st Century Fox (2017) means it makes up in box office appeal what it lacks in depth.

It’s got Star Wars plus The Mandalorian, the Toy Story series and the rest of Pixar’s back catalogue, the Marvel movies and Disney’s studio productions, including a vast library covering everything from the original 1928 Steamboat Willie (Mickey Mouse’s first short film) to several versions of Beauty and the Beast. It’s also going to spend something like $1bn a year on new productions.

There’s no guarantee that Disney+ will be available on every major platform in every country, so you should check before you subscribe. Nonetheless, I expect it will appeal to families with children of all ages. In the long term, it should give Netflix some real competition.

Now TV boxes are based on Roku technology but don’t provide all of Roku’s services. Instead, they are customised for Sky TV viewers, who want to watch Sky Sports, Sky Cinema, and so on. The platform’s attractions are that the boxes are generally quite cheap, and discount coupons let you buy services for a short time rather than paying for annual subscriptions. Sky Sports sells expensive passes that last for a day, a week or a month.

If you use Sky’s streaming services, Now TV is a good choice. You can watch BBC iPlayer and other British catch-up services, plus Netflix and other video services, though not Amazon Prime. If you don’t watch Sky, you’d be better off with a Roku streamer or something similar.

It really depends on how keen you are to get Disney+, how keen you are to buy a new gadget and which other services you need. For example, someone who mainly watches Amazon Prime may lean towards a Fire TV, while the odd bod who subscribes to Apple TV+ may prefer an Apple TV box.

The joy of Roku

Roku got started when Netflix decided not to make its own streaming device but gave Roku’s founder – Anthony Wood, a former Netflix vice-president – a $6m investment to create one. Since then, Roku has positioned itself as an independent supplier in a somewhat balkanised market.

It did deals to provide “channels” (apps) for Amazon videos and, more recently, Apple TV+. It also provides a free software development kit that enables anyone to create a channel in a Visual Basic-style scripting language called BrightScript.

In 2014, Roku launched Roku TV, which enabled TV manufacturers to build its system into smart TV sets. These can be updated in much the same way as Roku streaming sticks, and seem to have become popular in the US. Hisense, a Chinese TV manufacturer, launched the first Roku TV in the UK and Europe in November.

Roku hardware is usually cheap because the company makes almost two-thirds of its revenues from CTV (connected TV advertising), not sales of devices. It should also get a cut when Roku owners use their device to subscribe to paid-for channels. More users means more money.

Some Roku devices had voice search and control, and last year Roku launched a skill for Alexa. (Note: needs Roku OS 8.1 or later.) I have not tried it, but if you own an Amazon Echo, Dot or Show etc, your Roku should work with it. However, given that voice commands don’t seem to work all that well on Amazon’s Fire TV, don’t set your expectations too high.

As mentioned, many people will choose a device because it’s connected to or promoted with a service from Amazon, Apple, Google, Sky or whatever. For those who want Netflix and a decent range of services, Roku provides a good baseline at an affordable price. An Amazon Fire TV Stick is a reasonable alternative. Amazon’s Fire OS is a fork of Android and has plenty of apps.

Streaming sticks are tiny computers complete with a processor, memory and an operating system. If you are willing to pay a bit more, you can get one with a faster processor and more memory, which should deliver better performance. Some can also play quite good games. The leading examples include Nvidia’s Shield TV, based on the Android TV platform, and Apple TV.

The basic idea of Android TV – successor to the failed Google TV – is to use Android for streaming. It can be supplied in a set-top box or built into a TV set. Of course, Android apps are designed to work with touch on a smartphone, not with a remote control on a big TV screen, so they must be adapted. Check which apps are available in the Google Play Store for Android TV.

The saving grace is that all Android TV devices support Google Cast, so you can set up streaming from another device and use your smartphone as the controller. Once installed, streams are downloaded directly, just as with a Roku. They are not sent from the originating smartphone, tablet or PC. Some devices also support Google Assistant, which can be handy.

Asus developed the first Android TV in 2014, but the platform has been swamped by dozens of devices from obscure Chinese brands. It’s impossible to say which one might be best. However, you can check for Android 9 (Pie) plus ethernet, HDMI 2 and USB 3 ports, dual-band wifi, 4K video support with H.265 decoding in hardware, more storage, more memory and other familiar computer features. Most of them cost from about £25 to £55 so it’s not a huge risk.

The standout Android TV box is the Nvidia Shield TV, which comes in standard and Pro versions at £149.99 and £199 respectively. Samuel Gibbs, the Guardian’s consumer technology editor, reviewed one a couple of weeks ago and gave it five stars. As he says, the Shield TV is built to last – but it is priced accordingly.

The alternative is to buy cheap streamers for £20-£50 and treat them as disposables. That works for me.

Have you got a question? Email it to [email protected]

This article contains affiliate links, which means we may earn a small commission if a reader clicks through and makes a purchase. All our journalism is independent and is in no way influenced by any advertiser or commercial initiative. By clicking on an affiliate link, you accept that third-party cookies will be set. More information. 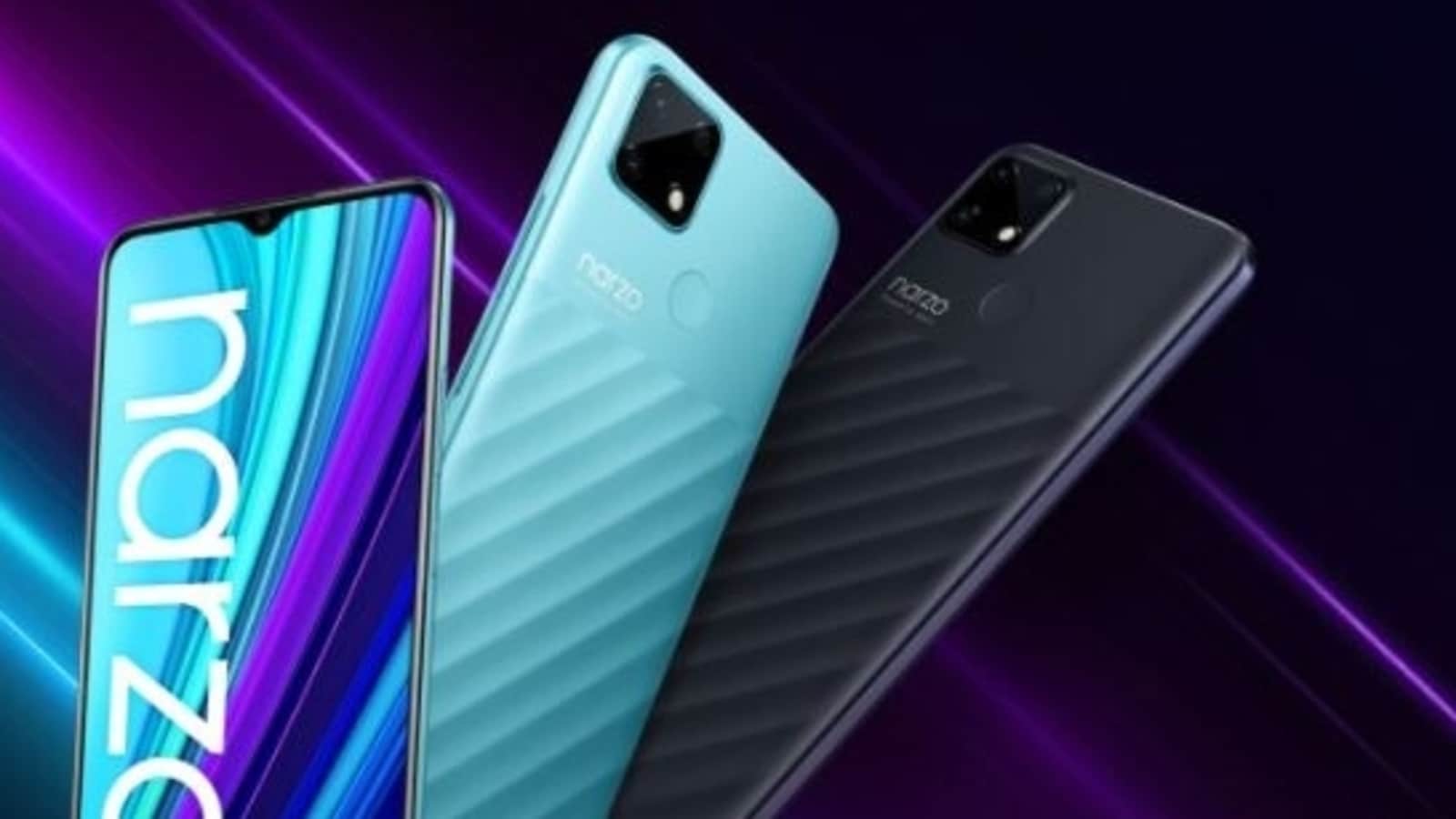 Gmail, YouTube, other Google services back online after suffering from global outage

Google 3D animals: How to watch AR tiger, duck, dog and other animals in your…